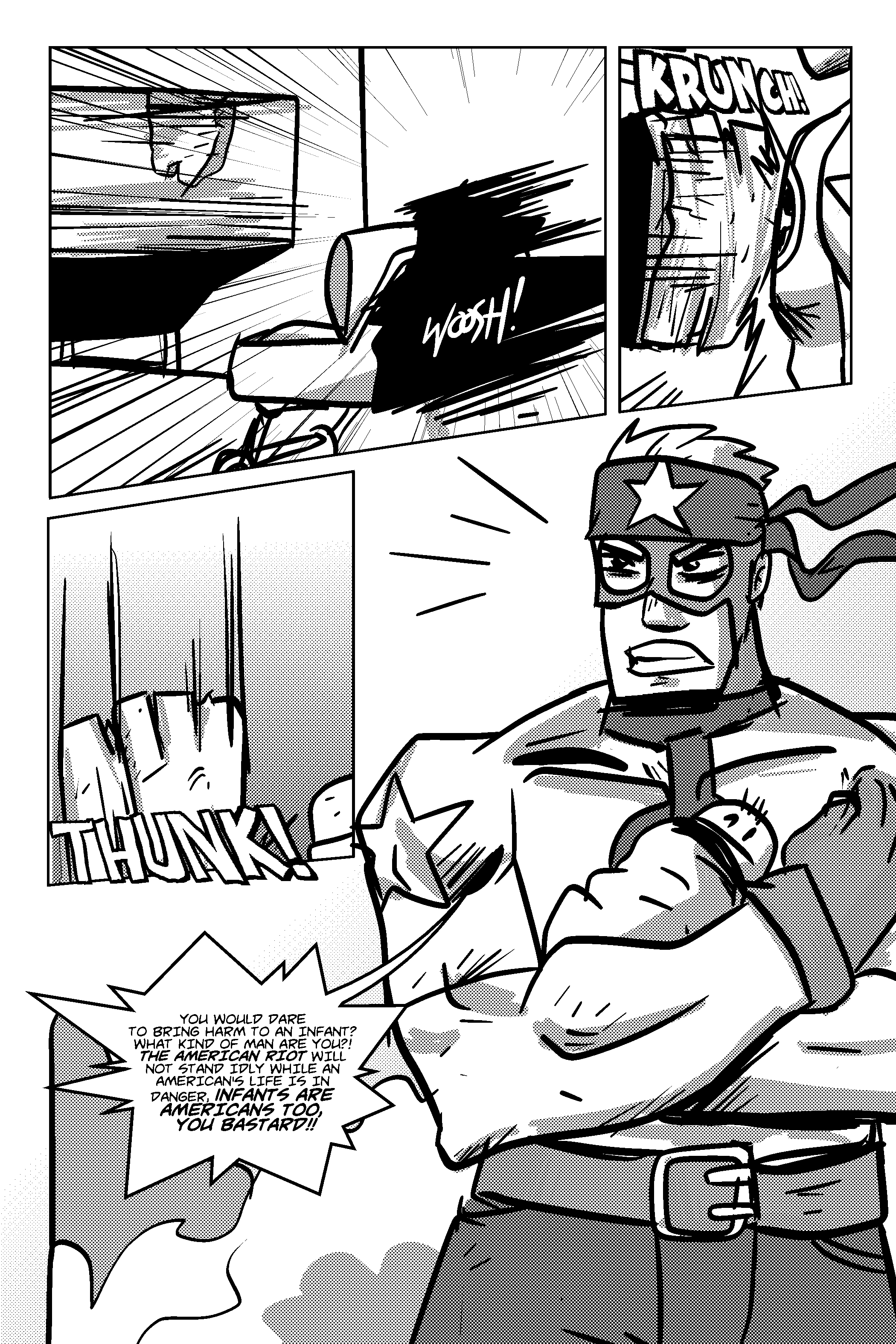 I originally created this guy years and years ago! maybe around 2008? Originally slated for a totally different comic but I decided to weave all my unused superhero comic ideas into the megaverse.

a bit about Riot, while it may seem like the usual Cap. America-type super-patriot, he’s anything but a patriot. Like he hates the government but loves America as a people or I guess an entity? yeah, i hope that makes sense!