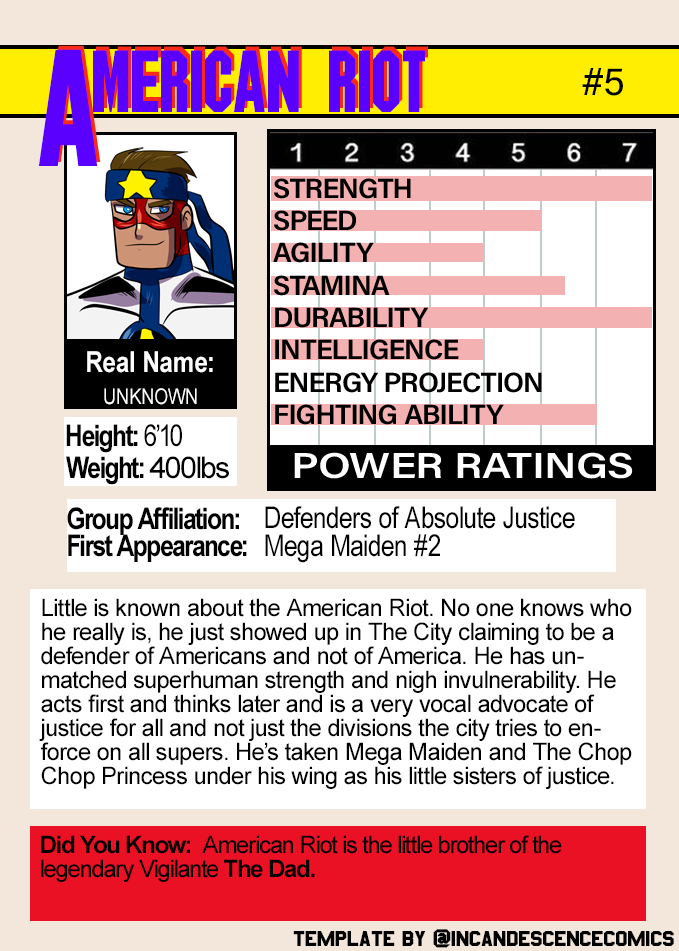 Bio: American Riot is the product of some kinda super-soldier revival project launched in the late 90’s. Unfortunately, he wasn’t the patriot they hoped for. American riot was previously an activist that was forced into the military. when he went META he m.i.a. Turning up years later under the idea that America didn’t need protection from the world. Americans needed protection from AMERICA. Americans once again had a reason to riot, so he chose the moniker The american Riot.

The American Riot!! finally! heck yes! I originally created this guy years and years ago! maybe around 2008? Originally slated for a totally different comic but I decided to weave all my unused superhero comic ideas into the megaverse. a bit about Riot, while it may seem like the usual Cap. America-type super-patriot, he’s anything… END_OF_DOCUMENT_TOKEN_TO_BE_REPLACED 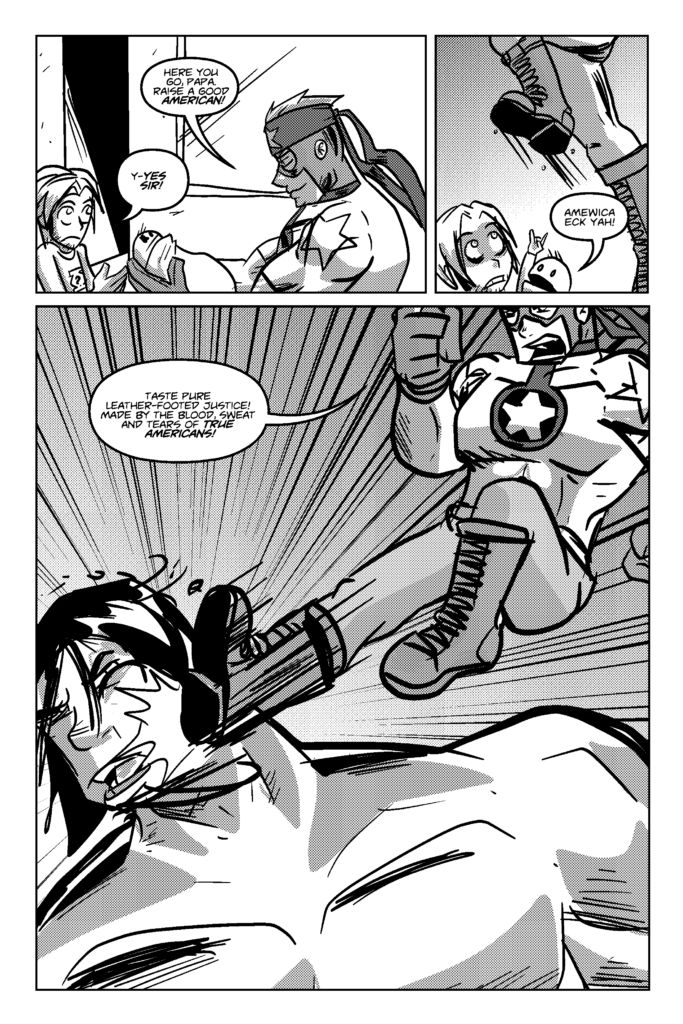 I love this page SOOO much! this was redrawn just twice and mostly for angle changes, i hope this page works well. I guess this would be the first “mistake ally for foe” page in the series! hurrah! 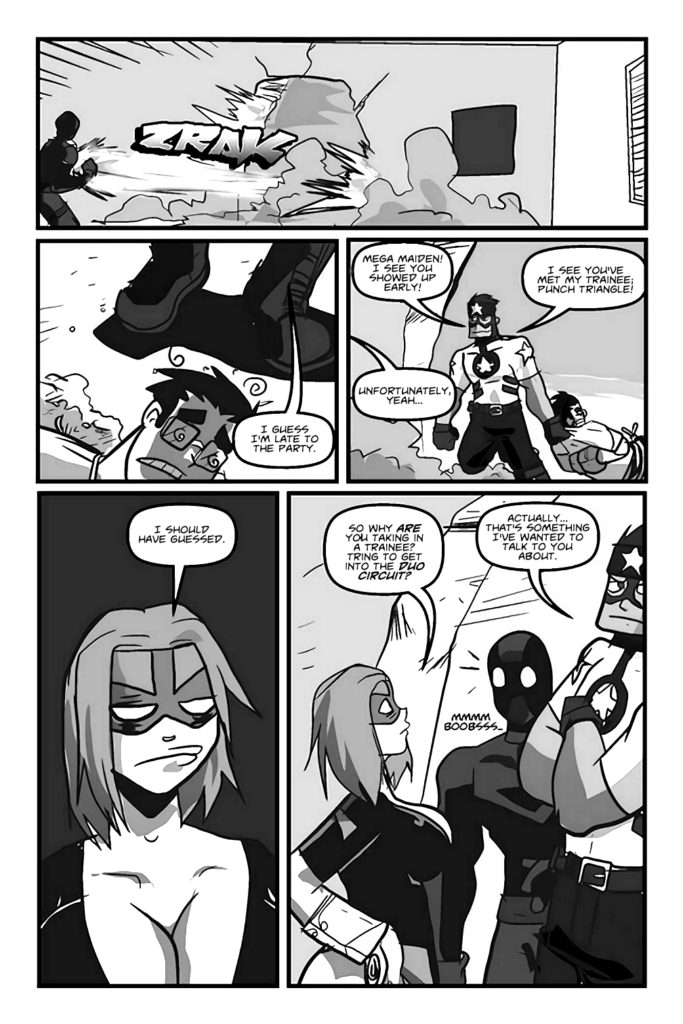 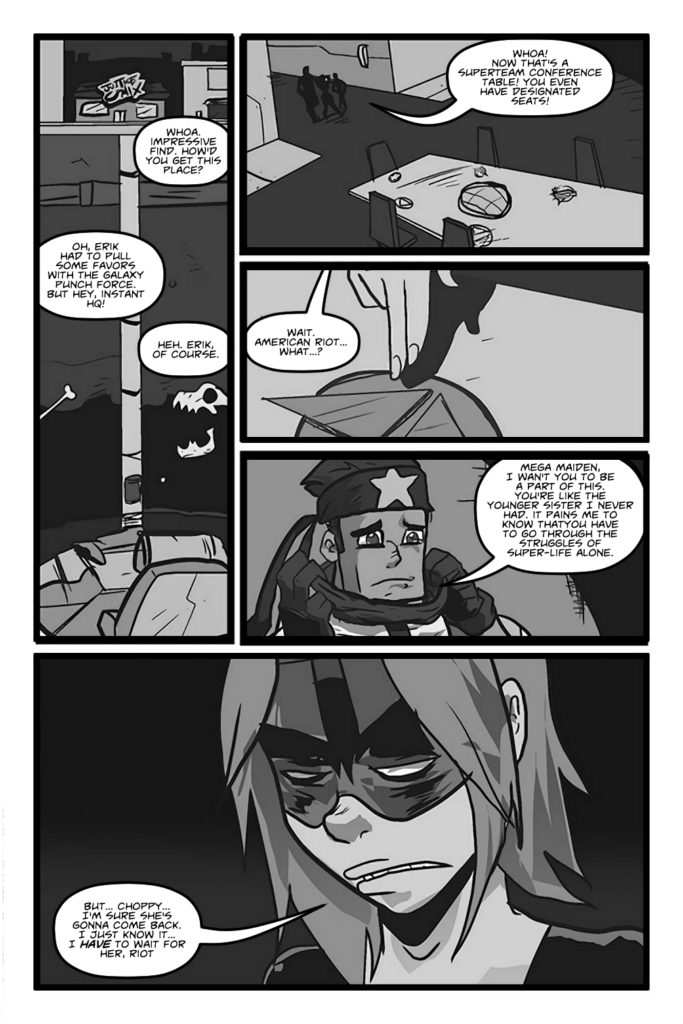 and now you’ve met the girls! So what do you think of Amazontits™(now called Amazoness) and CockBlock™(and CB)? These two girls Have been sitting on the shelf for a few years. I’m excited to be able to use them. I Created Amazoness before I created Mega Maiden actually, and as such unlike megs’ she was… END_OF_DOCUMENT_TOKEN_TO_BE_REPLACED